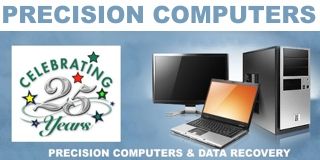 A Desktop Computer with Mid Range Quad Core CPU & a Nvidia GTX card should be enough to get a decent performance.